Roger began his ministry shortly after accepting Christ while serving in the U.S. Air Force when he was stationed in North Carolina. In the late 1980’s Roger became the 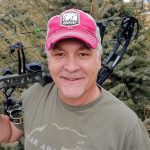 Chapter Director of Singles Offering Life to Others in Fayetteville, N.C. In the early 1990’s he then went through a pastoral internship program at Christian Fellowship Church in Ashburn, VA. Roger then went on to become an ordained bi-vocational Pastor.
After moving to Colorado in 2000 Roger took over as the President and Executive Director of High Country Ministries a non-profit outdoor ministry. Roger is an avid outdoorsman and a published author with a heart for discipleship. He is married to Shasta Medley, they have 4 children and 6 grandchildren.